Here are some facts about the popular cartoon franchise Scooby Doo. 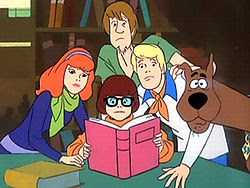