Switzerland is considering to pay its citizens an yearly income ,for being alive.

An income just for being alive?Did you feel anything strange?

Well it is a proposal that that is being considered to be put to referendum  by the  Swiss Government as  a response to a petition signed by over 125000 swiss citizens .The campaign is being led by artist Enno Schmidt.

As a part of the campaign about 8 million 5 cent coins were dropped in front of Swiss Parliament on October 2013. 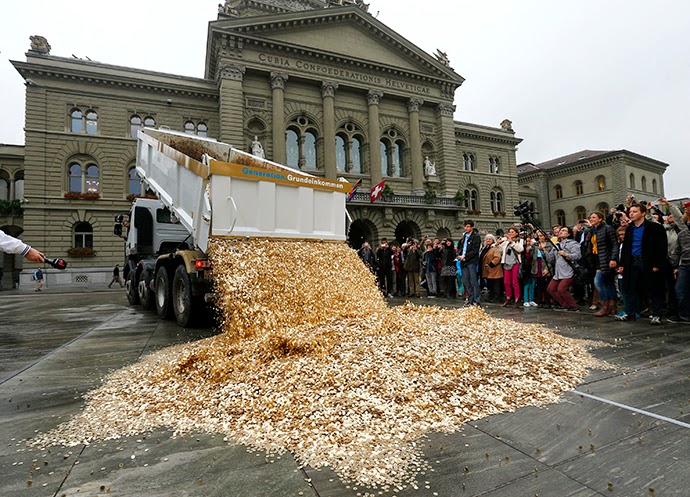 The 8 million coin according to the activists symbolizes the  8 million  citizens of Switzerland and   the proposal is to provide the entire 8 million an annual 30000 Swiss francs for being alive.
Finally ,it is up to the Swiss  government  to put the proposal to referendum .